Converging Technologies and Stem Cells: Towards a Bioartificial Kidney 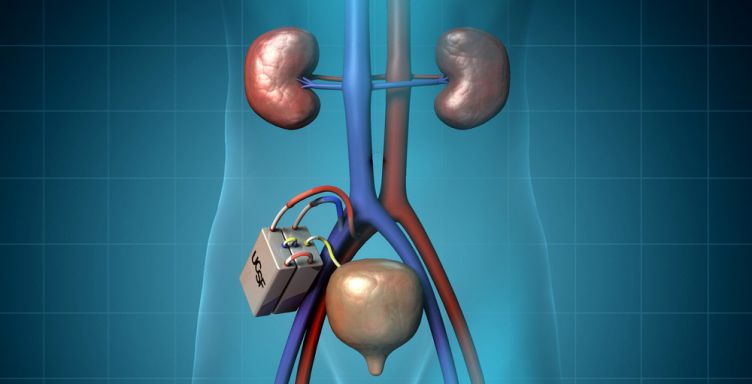 One of the most exciting trends in medicine today is the invention of new technologies and treatments that depend on the convergence of multiple technologies. Some of these fields include wireless computing, microelectronics, nanotechnology, bioengineering, cell therapies and robotics. Combining them in creative ways is giving birth to powerful new medical products that are far more than the sum of their parts, and stem cells promise to become an integral part of the trend.

With converging technologies (CT’s), there are unprecedented collaborations among diverse fields in research and medicine. Some of the most exciting research for kidney replacement is being conducted by an interdisciplinary team of bioengineers, biologists, medical doctors and other researchers at the University of California, San Francisco, and is called The Kidney Project. Twenty-six million Americans currently have kidney disease, and many of them don’t even know it. Kidney disease can be asymptomatic until it’s quite advanced, and in 2013, 47,000 Americans died from it. While we tend to think that a kidney transplant is the answer, genetically compatible organs are hard to come by, and each year over 4,300 Americans who are on the transplant waiting list pass away. Some researchers are putting their energies into creating an artificial kidney using the patient’s own cells that would obviate the need to find a compatible donor. 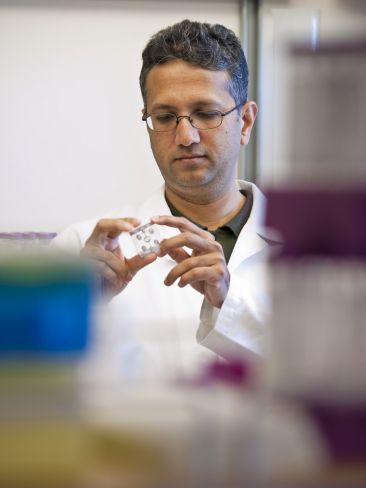 The new kidney under development is implantable, freestanding and powered by the patient’s own blood pressure. It will require no battery or external tubes, as some other prototypes do, and it will replace far more of the kidney’s natural functions than dialysis. About the size of a coffee cup, this two-part device includes actual kidney cells grown from stem cells derived from the patient’s immune system. Unlike a biological kidney, it would not require suppression of the immune system because the living cells will be perfectly compatible. So far the technology has been tested successfully in rats, sheep and pigs, and Dr. Roy estimates that human trials will begin in mid-2017.

In addition to providing the 24/7 toxin-reducing blood filtration close to that of a biological kidney, the artificial kidney promises to be much cheaper to manage than dialysis. Each dialysis patient now costs Medicare about $85,000 per year. The management of a transplant patient costs Medicare $30,000, mostly for the immune-suppression drugs. The artificial kidney is projected to cost $10-20,000 per year after the original surgery to implant it. This dramatic drop in price will likely be exceeded by further cost reductions as the technology matures and becomes widely available, while it’s a given that further refinement of the technology will result in greater miniaturization. Since the artificial kidney has no battery, patients won’t need repeated surgeries to replace it, as is currently the case for pacemakers and other implantable devices. And as it becomes smaller, it will eventually be placed just beneath the skin so that various components can be replaced over the life of the device without the need for major surgery.

“So far the technology has been tested successfully in rats, sheep and pigs, and Dr. Roy estimates that human trials will begin in mid-2017”

The two major components of the artificial kidney include a hemofilter and a cell bioreactor. The filter uses a nanotech coating that is so finely grained that sugar and salt molecules and other toxins that build up in the blood can be filtered out while blood clots can be prevented and important molecules such as proteins can stay in the blood. The bioreactor, which contains the human cells taken from the patient, will further process the filtered blood so that the appropriate amounts of sugar and salt are returned to the blood and water is reabsorbed into the body, creating urine. These two components fit into one small device that is attached to the patient’s internal blood vessels.

Its designers hope to complete human trials by 2020 and assuming that all goes well, will bring the device to market soon thereafter. Only a few years ago, such extraordinary innovations were beyond the reach of medical science. Through the convergence of numerous advanced technologies, including cell technologies, the millions of people worldwide with advanced kidney disease now have reason to hope.

Eve Herold is an author and a science writer specializing in issues at the intersection of science and society. A former Managing Editor of The Gerontologist, and a leader in notable medical organizations, Eve is the author of Stem Cell Wars: Inside Stories from the Frontlines. Her latest book, Beyond Human, has been nominated for the 2016 Kirkus Prize in Nonfiction.