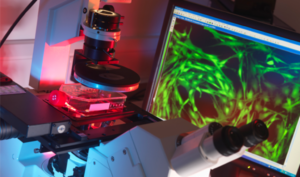 Allogeneic Human Mesenchymal Stem Cell Infusion Versus Placebo in Patients with Alzheimer’s Disease. Longeveron’s Phase I, prospective, randomized, placebo-controlled, double-blinded study is designed to test the safety and efficacy of Longeveron Mesenchymal Stem Cells (LMSCs) for the treatment of subjects with clinically diagnosed Alzheimer’s disease. Longeveron has completed the FDA mandated safety run in and is now enrolling in the randomized cohort consisting of 25 subjects. The Alzheimer’s Associated awarded Longeveron a competitive grant award through its Part the Cloud Translational Research program in the amount of $1 million to complete this trial. This trial is critically important due to the proliferation of Alzheimer’s Disease and the lack of effective therapies to address it.