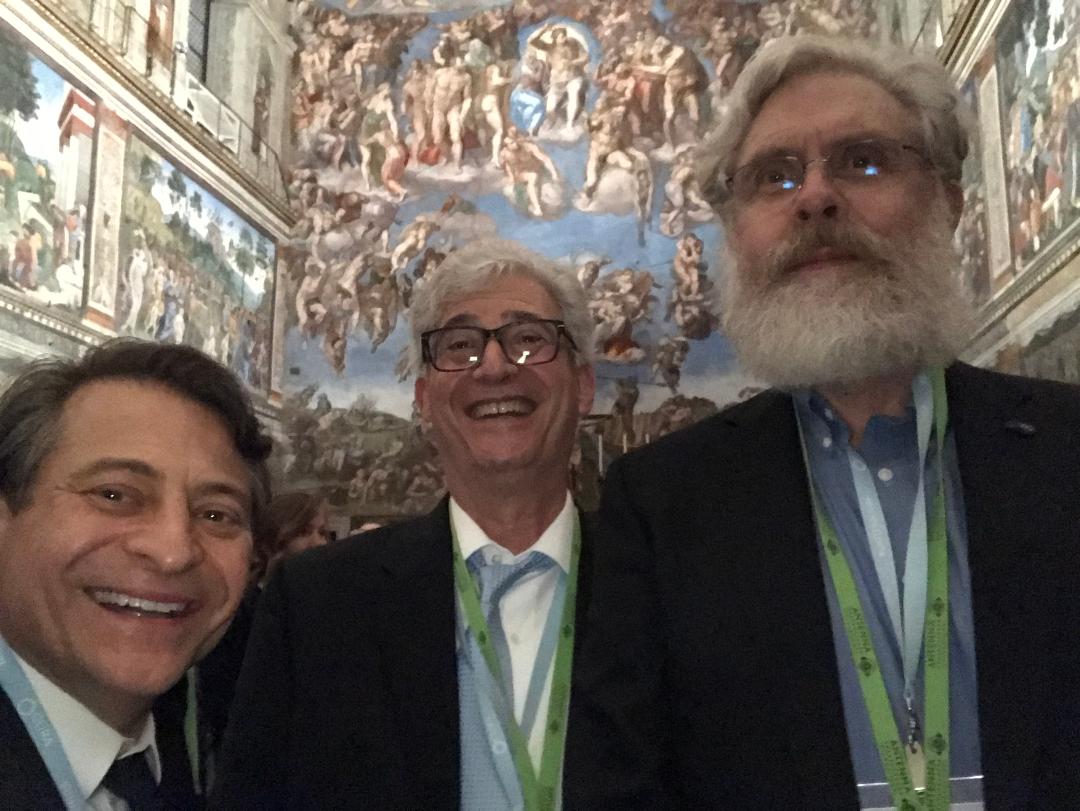 Last month I was a featured speaker at Unite To Cure, the Fourth International Vatican Conference, How Science, Technology and 21st Century Medicine Will Impact Culture and Society. A good alternative title for the event might have been “Where the worlds of science, religion and pop culture collide!”

It was an incredible meeting on many levels, not the least the company of the “A list” of notable dignitaries in attendance.

Pope Francis addressed the assembly asking people from different disciplines, cultures, societies and religions to reflect on and share their knowledge on healthcare and commit themselves to care for the sick and the suffering, particularly those experiencing social and cultural hardships.

Now, about that selfie. From (left to right) Peter Diamandis, Bernie Siegel (me), and Dr. George Church. The venue was the Sistine Chapel at a private evening reception honoring speakers. We were all standing under the image of Michelangelo’s Creation of Adam.

When I saw Peter and George standing together and looking up, I remembered that Peter openly desires to live to 250 and fly on a starship  and George is presently “resurrecting” the woolly mammoth and would like to reverse aging. I figured the backdrop presented a significant, mind-blowing, historic juxtaposition worthy of capturing in a photo! When I had the temerity to approach them asking them to take their picture, Peter grabbed my phone, dragged me into middle and took the shot! I have no idea what Michelangelo would think.