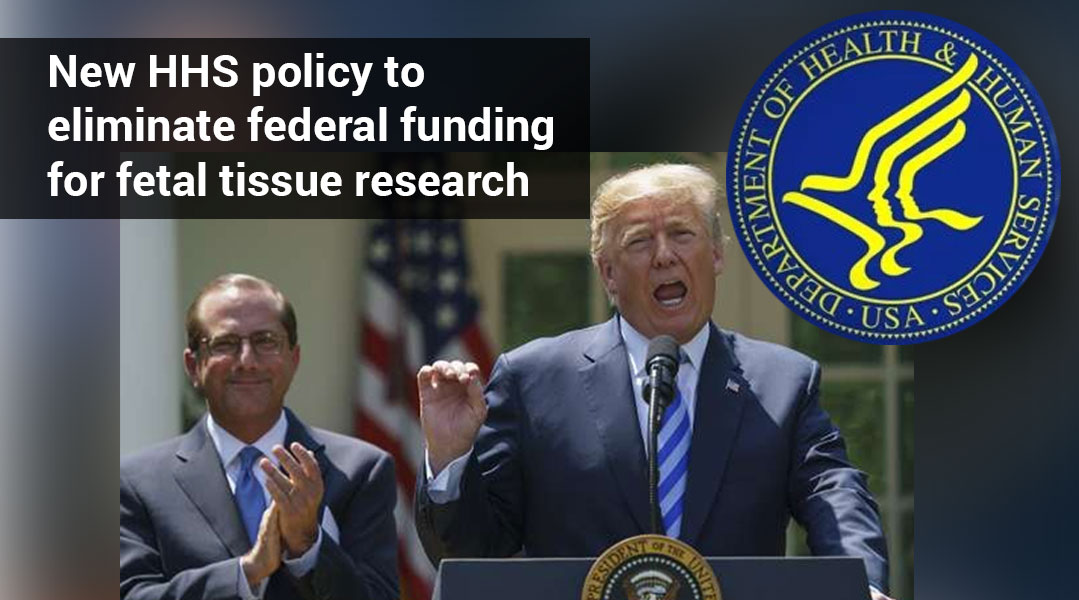 “These new restrictions have no scientific or ethical basis and will roll back decades of consensus in the U.S., delaying the development of new medical treatments. The regulatory and legal framework in the U.S. for overseeing fetal tissue research was carefully developed with input from the public, ethicists, policymakers, and scientists, and ensures rigorous oversight, including that the tissue is obtained legally and with donor consent.

“Research using fetal tissue has saved millions of lives through the development of vaccines for diseases that once ravaged communities across the world. Polio is now almost eradicated, and rubella, measles, chickenpox, and rabies are all preventable diseases because of fetal tissue research.

“Today, fetal tissue is still making an impact, with clinical trials underway using cells from fetal tissue to treat conditions including Parkinson’s disease, ALS, and spinal cord injury. Fetal tissue is also being used to understand and to develop potential treatments for major global health problems such as Zika virus and HIV/AIDS. The elimination of long-standing federal funding will delay this critical research and set back the development of potential therapies for these and other infectious diseases.

“With these new arbitrary restrictions on research, the United States is ceding its role as the global leader in the development of cellular therapies and regenerative medicine. Americans will now wait for life-saving therapies to be developed in Europe, Asia, and other parts of the world.”

In December 2018, the ISSCR sent to the Department of Health and Human Services a letter signed by 70 scientific, medical, and patient organizations [isscr.org] that explained the importance of fetal tissue research.