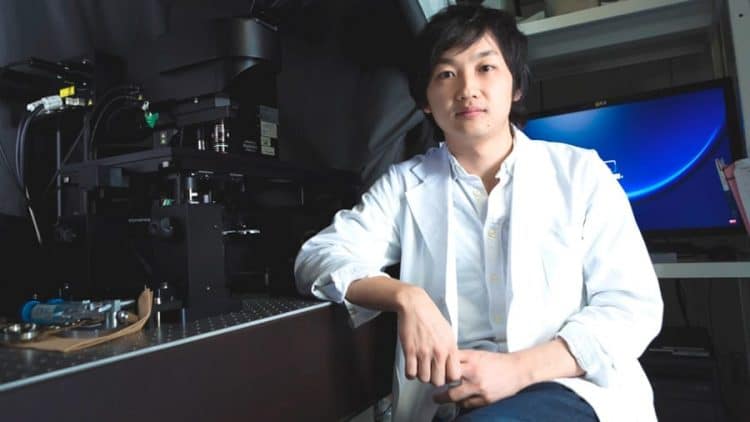 The Context: Fatty liver diseases such as non-alcoholic fatty liver disease (NAFLD), non-alcoholic stereohepatitis (NASH), and Wolman disease are especially difficult to study and treat due to the lack of effective disease models that recapitulate their characteristics and allow for effective drug development. Inflammation is known to play an important role in these diseases, but has been challenging to model.

The Study: Scientists from Cincinnati Children’s Hospital Medical Center have created liver organoids (miniature, 3D aggregates of liver tissue made from stem cells) that faithfully recreate the characteristics of fatty liver diseases and allow for insight into their causes. The team also identified a compound that reversed the effects of Wolman disease in organoids generated from patient cells. The study, published in Cell Metabolism, was led by NYSCF – Robertson Stem Cell Investigator Dr. Takanori Takebe.

The Importance: This organoid model gives unprecedented insight into the cellular basis of fatty liver diseases in human tissue, allowing for a better understanding of their causes and uncovering new targets for therapeutic intervention. The organoids were also able to serve as a preclinical model to allow drug testing, identifying a new candidate drug for Wolman disease.

Liver diseases are tricky to study and treat. Early signs of liver disease are hard to detect, leaving patients seeking help once much of the damage has already been done. And once patients seek help, therapeutic options can be limited.

One reason for the lack of effective treatments is that the mouse models typically used to test drugs simply do not recapitulate characteristics of human liver disease well enough. Now, researchers from Cincinnati Children’s Hospital Medical Center led by NYSCF – Robertson Stem Cell Investigator Takanori Takebe, MD, have used a cutting-edge technology called “organoids” to better capture how the disease affects human tissues, which in turn will help lead to more effective treatments.

What are Organoids and How Can They Help Us Understand Liver Disease?

Organoids are 3D aggregates of human tissue containing diverse cell types made from stem cells. By recapitulating how cells mature and interact in a 3D context, organoids can teach us about the root causes of many diseases. In a recent study published in Cell Metabolism, Dr. Takebe and his team engineered organoids that captured a wider range of liver disease characteristics than previous iterations of the technology, including inflammation and fibrosis (the scarring of the liver in response to tissue damage).

“Although current human organoid systems can recreate organ architecture in living lab organisms like mice, they fail to capture the complex pathologies of inflammation and fibrosis in liver diseases,” said Dr. Takanori in a press release from Cincinnati Children’s. Dr. Takanori is an Associate Professor of Pediatrics at the University of Cincinnati and an Associate Professor of Regenerative Medicine at Yokohama City University in Japan.

“We developed a reproducible method to bioengineer complex, multicellular human liver organoids using pluripotent stem cells derived from healthy human donors and those with liver disease,” he said. “These organoids generate different types of liver cells like hepatocytes, stellate and Kupffer-like cells, and they accurately recreate in the lab inflammation, fibrosis and other features of liver disease.”

What Type of Liver Disease Did the Team Study?

The main characteristic of fatty liver diseases, as you may have guessed, is fat accumulation. When fat starts to build up in the liver, symptoms can include bloating, swelling, vomiting, and other life-threatening complications. In Wolman disease, a genetic mutation results in a deficiency of an enzyme called lysosomal acid lipase (LAL) which helps break down fat; the LAL mutation allows fat to accrue in the liver. The origins of NAFLD and NASH are not as well understood, but these diseases also produce similar symptoms due to fat buildup, inflammation, and fibrosis.

What Did the Scientists Find?

The team first generated organoids from the stem cells of patients with a LAL deficiency as well as healthy controls. They then exposed the organoids to free fatty acids (byproducts of fat metabolism) to help drive fat accumulation. The scientists noticed that the organoids developed similarly to the livers of patients with Wolman disease, becoming stiff and inflamed.

With organoids that faithfully captured the characteristics of Wolman disease, the scientists then set out to reverse the disease’s pathology. Previous research has shown that LAL deficiency causes a protein called mTOR to become overactive, leading to fibrosis. One way to calm down mTOR is to activate a receptor called FXR. The team treated the organoids with a compound that activates FXR and found that it prolonged their survival, suggesting that the compound may be an effective therapeutic for Wolman disease patients.

Together, these findings demonstrate the power of organoids for modeling liver disease and serving as a preclinical model for researchers to develop and test effective drugs, eventually bringing much-needed relief to patients.