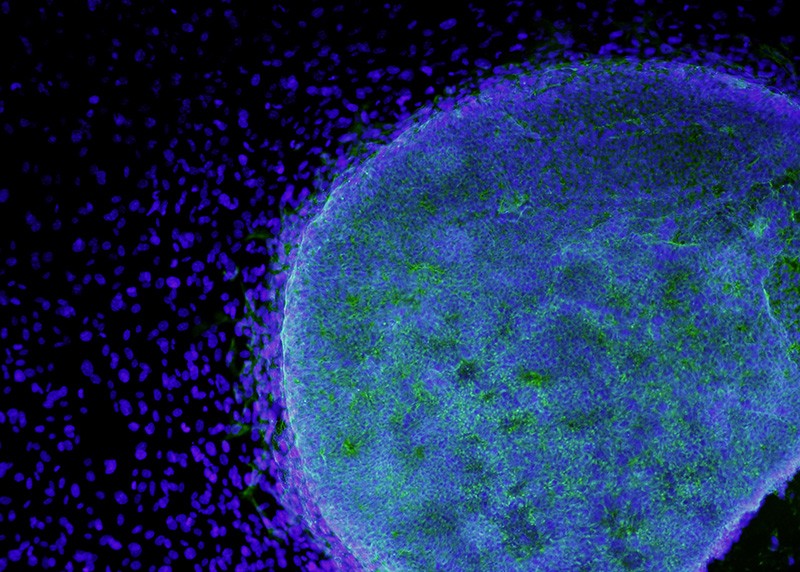 Image:California voters approved US$3.3 billion to create a state-backed agency for research into stem cells (pictured) in 2004. Will they do it again? Credit: Charles Gersbach, Scripps Research Institute

The California Institute for Regenerative Medicine is running out of money — but it could soon get a second wind.

Advocates for stem-cell research in California are pushing ahead with a plan to save the struggling state-funded California Institute for Regenerative Medicine (CIRM) by asking the state’s voters to approve a US$5.5-billion lifeline for the agency.

Americans for Cures, a group in Palo Alto, California, that advocates for stem-cell research, plans to form a non-profit lobbying arm in October or November to support the proposal, the group’s founder and chair, Robert Klein, told Nature. Its goal is to put the plan before California voters in November 2020 during the next state-wide election.

CIRM’s supporters must convince roughly 620,000 voters to sign a petition in favour of placing the proposal on the ballot. If they succeed, and a majority of Californians subsequently vote for the plan, CIRM will continue to be a state-funded research agency.

If voters reject the plan, the agency’s path forward is unclear. CIRM was created in 2004 by a similar ballot measure, which set aside $3.3 billion for the agency. That money is running out. Last month, CIRM announced that it would no longer accept new grant applications.

Klein, who played a pivotal part in the 2004 ballot initiative and served as CIRM’s chair from 2004 to 2011, thinks that the campaign to fund the agency will succeed. “Polls show high levels of support for the basic outline of the proposal,” he says. Roughly 70% of respondents approve of the plan.

He declined to provide more specifics about his group’s opinion research, including how many people it has surveyed. But he says that the campaign to continue CIRM will emphasize success stories from clinical trials that the agency has funded.

“We have stories of [blind people] recovering functional vision, quadriplegics who were able to lift weights after treatment,” Klein says. “There’s a huge benefit to telling patient stories.”

CIRM backers are also proposing changes to help ensure that the agency’s research benefits the people of California. These include creating a dedicated staff of 10–15 people who would work with insurance companies and patients to improve access to clinical trials and future therapies.

Aaron Levine, a science-policy researcher at the Georgia Institute of Technology in Atlanta, says that CIRM has put California at the centre of stem-cell research worldwide. “CIRM has been really important in driving stem-cell research forward, especially in the preclinical and proof-of-concept space,” he says.

But he isn’t sure whether that will convince voters to keep supporting the agency. The $34-million campaign to create CIRM in 2004 enlisted celebrities, such as Michael J. Fox and Christopher Reeve, to argue that the initiative could lead to cures. The agency has since funded 55 clinical trials, but only one therapy — for severe combined immunodeficiency, a rare condition sometimes called bubble-boy disease — is likely to hit the market any time soon.

“It will be interesting to see if the campaign is one of promised cures, or something a bit more nuanced,” says Levine. “It takes time for a whole new field of research to result in cures, but that’s a hard case to make to voters in short soundbites.”

Carla Kim, a stem-cell researcher at Harvard Medical School in Boston, Massachusetts, says that shutting down CIRM would immediately affect research. “It’s not easy to get grants for these kinds of studies,” she says. “I think stopping now would be a terrible waste.”