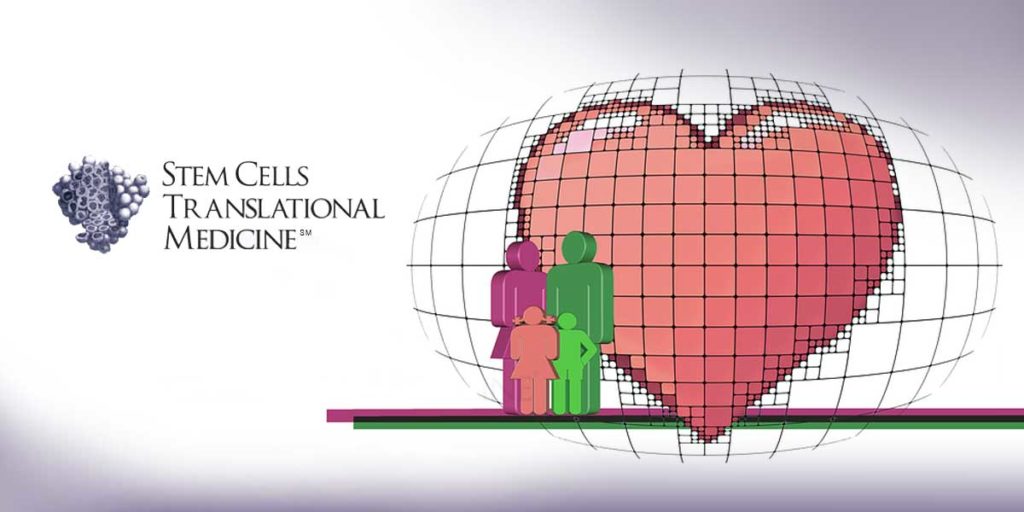 Durham, NC – A study released today in STEM CELLS Translational Medicine (SCTM) identifies a computational modeling system that could have far-reaching implications for personalized medicine, especially when seeking treatments for children with heart failure. The system, called partial least squares regression (PLSR), is able to predict which stem cell donors and manipulation methods might yield the best therapies for these patients.

According to the March of Dimes, nearly one out of every 100 babies born in the United States each year has a heart defect — a quarter of them critical, with symptoms including severe right ventricular heart failure (RVHF). The SCTM study team, made up of researchers from Emory University and Georgia Institute of Technology, had already shown that aggregated c-kit+ progenitor cells (CPCs) can improve RVHF repair.

C-kit is a protein found on the surface of many different types of cells. “We believe a key component of the CPCs’ restorative ability is likely due to exosomes,” said the study’s senior author, Michael Davis, Ph.D.

Exosomes – which have been described as “tiny bubbles, released from cells and packaged with molecular mail” — travel the bloodstream shuttling proteins and genetic information between cells. “Among the molecules they contain is microRNA (miRNA), which mediates biological functions through gene regulation and helps the exosomes enhance the therapeutic effects of stem cell transplantation,” Dr. Davis said. “We have previously shown that subjecting CPCs to hypoxic treatment alters exosome content, but not all miRNAs enriched in the exosomes were upregulated in the cell. Thus, the cells change what they package according to different variables.”

Additionally, while thousands of different miRNAs were identified in these exosomes, miRNAs comprised less than 1 percent of exosome non-coding RNA sequences. “Therefore,” Dr. Davis said, “it is important to investigate the combinatorial effect of groups of miRNAs and how they change in response to different treatments.”

To do so, the team turned to an approach they had used before — statistical tools that model variations in exosome cargo and predict functional outcomes. This time they chose PLSR to see if it could predict which miRNAs from the CPC exosomes would have the best response in treating angiogenesis and anti-fibrosis. The tests were done in vitro (lab culture) using cells donated by children who had undergone heart repair surgery.

“PLSR helped us reduce an extensive list to the top 40 miRNAs,” Dr. Davis said. The research team then repeated the tests, but this time they ran their models on prior studies conducted on live animals (rats that had undergone a cardiac infarction). The results were similar and they found that the models run in vitro predicted the rat studies in vivo (living organism).

“What this tells us is that that PLSR modeling of exosome miRNA content has the potential to inform preclinical trials and predict promising new CPC therapies. These studies can identify optimal donors and stem cell manipulations predicted to improve exosome function before performing in vivo experiments.” Dr. Davis said. “This same type of modeling can be done on cellular cargo, molecules the cells release, or even genetic signatures to predict whether a cell will work or not before you give it to a patient. Our results represent a step toward bridging gaps between in vitro and animal or human studies.”

“What is interesting about this study is the use of a data driven computational modeling technique to establish a mathematical relationship that can produce patient-specific exosome therapeutics,” said Anthony Atala, M.D., Editor-in-Chief of STEM CELLS Translational Medicine and director of the Wake Forest Institute for Regenerative Medicine. “We look forward to seeing the successful advancement of this work which has potential to inform preclinical trials and predict new therapies to treat babies with heart failure.”

The full article, “Predicting functional responses of progenitor cell exosome potential with computational modeling,” can be accessed at https://stemcellsjournals.onlinelibrary.wiley.com/doi/abs/10.1002/sctm.19-0059.

About Wiley: Wiley, a global company, helps people and organizations develop the skills and knowledge they need to succeed. Our online scientific, technical, medical and scholarly journals, combined with our digital learning, assessment and certification solutions, help universities, learned societies, businesses, governments and individuals increase the academic and professional impact of their work. For more than 200 years, we have delivered consistent performance to our stakeholders. The company’s website can be accessed at www.wiley.com.