Your New Heart Could Be Made in China 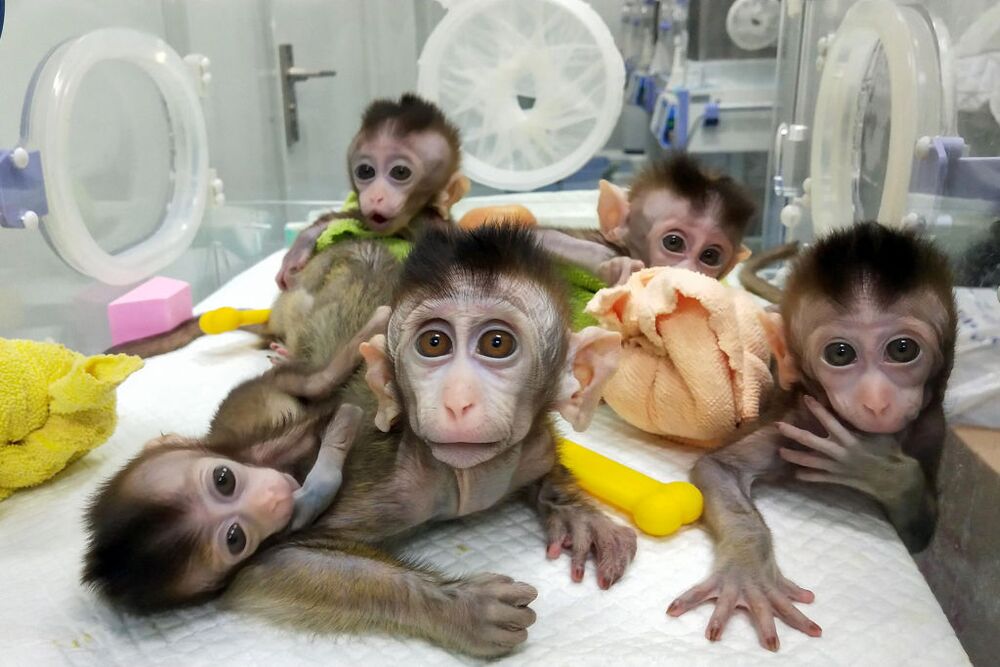 The country’s researchers are racing to grow replacement organs for humans in animals.

Recently, a Chinese startup named Qihan Biotech raised $20 million to develop replacement organs for humans. The smallish deal would hardly have rated a headline, except for the fact that the Hangzhou-based gene-editing company is aiming to grow those organs in pigs and other animals. If successful, such transplants could well transform medicine. And, thanks to a unique confluence of need, money, timing and culture, China is poised to lead the way in developing them.

The history of using animal tissues to replace damaged or diseased human tissues, known as xenotransplantation, dates back at least to 16th century Europe. Science-based efforts gathered momentum in the 19th century, but stalled out as practitioners and patients discovered how strongly the human body rejects foreign organs. Medicine achieved a breakthrough only in the mid-20th century with the advent of immuno-suppressing drugs.

Xenotransplantation has since become a recognized branch of medicine. Heart valves from pigs, for instance, are commonly used to replace faulty human ones.

However, transplanting a complete, functioning animal organ such as a heart presents far more formidable barriers, the most crucial being the need to suppress or fool the human body’s immune response. China’s scientists have become world leaders in editing the pig genome to do just that. The hope is to produce organs that can help people with a range of illnesses, from heart disease to blindness.

Interest in the field may be higher in China than anywhere else in the world. Thanks to an aging population, and rising income levels that now allow patients to manage chronic conditions and diseases, demand for organs is rising fast. The supply isn’t close to keeping up. According to the most recent estimates, there are approximately 300,000 Chinese patients awaiting transplants every year and only 10,000 donors.

The bottleneck has only grown worse as China has tightened regulations on the use of organs from executed prisoners for transplants. Authorities have tried to boost the number of voluntary donations through public education campaigns and the development of a donor registry. But they must contend with strong cultural and religious biases against separating the body after death, as well as widespread suspicion about corruption and favoritism in the allocation of organs.

Technology may offer a way out. In the early 2000s, scientists in the U.S. developed Crispr, a revolutionary gene-editing technology that allows scientists to make specific changes in the DNA of humans, animals and plants with relative ease. Sensitive to China’s lagging position in scientific research, Chinese scientists and officials quickly recognized that the new tool offered a chance to achieve parity with other leading research nations and possibly even to leap ahead.

The government has funded Crispr research generously. That money has produced new laboratory facilities and research projects, and is drawing talent back to China from the U.S. The results have been strong. In recent years, China has been first in many Crispr-related advances, most notoriously producing the world’s first gene-edited human babies.

While that scandal brought unwanted headlines, China has excelled in particular with Crispr breakthroughs in animals, from rats to pigs to primates. In part, this is due to the fact that China imposes far fewer regulatory barriers on animal testing — especially primate testing — than the U.S., the other leading Crispr research nation. Likewise, its scientists are subject to far less public scrutiny; the Chinese public hasn’t (yet) widely embraced the concept of animal rights. Chinese labs working with Crispr and monkeys might have hundreds of research subjects, according to Science, while a leading U.S. lab will have fewer than ten.

That disparity is unlikely to shrink in the short-term. China doesn’t have any animal anti-cruelty laws, and despite disturbing recent experiments — including the creation of monkeys cloned with the same mental illnesses — the Chinese government and its scientific societies have embraced the idea that experimenting on even advanced animals to improve human well-being is acceptable.

Companies such as Qihan Biotech benefit. The firm was co-founded by Yang Luhan, a Chinese-born, Harvard-educated scientist who did foundational work on Crispr in the U.S. and co-founded eGenesis, Inc., a U.S.-based startup also focused on xenotransplantation. In 2015, Yang was part of a collaboration that used Crispr to remove 62 remnants of ancient viruses from pig genes that could in theory infect a human who received a pig’s heart or other organ as part of a transplant. Eliminating those viral remnants has helped ease one of the major fears surrounding xenotransplantation.

None of this means pig hearts will immediately be finding their way into human operating rooms, of course. Questions about immune-rejection are still being resolved and clinical trials on humans launched. Groups in South Korea and the U.S. might perform such trials as early as next year. One thing’s certain: Chinese labs won’t be far behind.