The nonprofit Regenerative Medicine Foundation (RMF) has long served as a catalyst for accelerating regenerative medicine to improve health and deliver cures. Since 2005, RMF has successfully delivered its message in cities and regions throughout the United States through the World Stem Cell Summit forum, a platform that draws international participation from over forty nations around the globe.

In an era of rising global tensions and despite geopolitical headwinds, we must try to create success by expanding upon years of international accomplishment in the emerging fields of stem cell science and regenerative medicine.

Now, with our partners at Phacilitate, RMF has created a forum to engage in direct conversation geared towards mending the medical and research ties between China and the US.

But what good is content without context? This is perhaps the most timely dialogue of our era. At the inaugural World Stem Cell Summit-China and Phaciliate Leaders Asia, “We have the experts!” 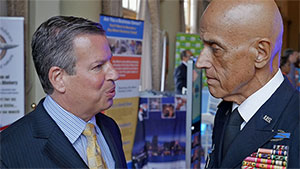 Burn Loeffke graduated from West Point in 1957. He has a B.S. in Engineering, an M.A. in Russian Language and Soviet Area Studies, and a Ph.D. in International Relations. He taught Russian at the U.S. Military Academy and U.S. Foreign Policy at Georgetown University.

His military and diplomatic careers match the proportions of a hero’s novel. He is the recipient of four Silver Stars, five Bronze Stars and a Purple Heart for his military skill and courageous valor in the battlefield. Additionally, he is fluent in Mandarin.

General Loeffke is not just a witness to history he made history. After Vietnam, he served as the Army Attaché in Moscow. He was a staff officer in the White House, and Director of the Commission on White House Fellows. He visited China for the first time in 1973 and was present at the creation of diplomatic relations between the United States and China in the modern era. In 1982,he became the first American general to serve as defense attaché, in the U.S. embassy in Beijing. General Loeffke culminated his military career as the commanding general of U.S. Army South.

His experience in China changed his views about the country, and he began to advocate for the U.S. to treat China as a friend rather than an enemy. He authored the book China, Our Enemy? The book recounts his 40 years of experiences with China and espouses peaceful relations between the two countries. 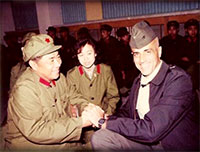 After General Loeffke retired from the military, he started his medical career, as a physician’s assistant. He participated in medical missions in war-torn and impoverished areas such as Bosnia, Haiti, Kenya, Iraq, Niger, Darfur and in the Amazon jungles. In his view, differing nations perceive and value things differently, and one common language that everyone speaks is health; working to improve the health of a population builds lasting friendships and allies, not enemies. 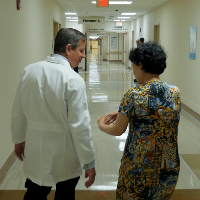 Miami Plastic surgeon Dr. Randy Miller
Through the General’s many travels to China, he became friends with Miami plastic surgeon Dr. Randy Miller. As one of the nation’s leading innovators in aesthetic surgery of the face, hand, breast and body, Dr. Miller is a recognized pioneer of reconstructive surgery and stem cell procedures. He lectured and perfomed live surgery symposiums in China more than 30 occasions. He serves on the Regenerative Medicine Committee of the American Society of Plastic Surgeons and has been designated as ASPS “Ambassador to China.”

Our Collective Goal
The video accompanying this narrative evidences the passion of both these extraordinary individuals. It is our hope that their presentations at World Stem Cell Summit-CHINA will provide the underpinning of good relationships between China, the US and the rest of the world- strengthening the bridges of medical friendship. Bridging friendships through regenerative medicine, that’s our goal.