Chinese Scientist Who Genetically Edited Babies Gets 3 Years in Prison 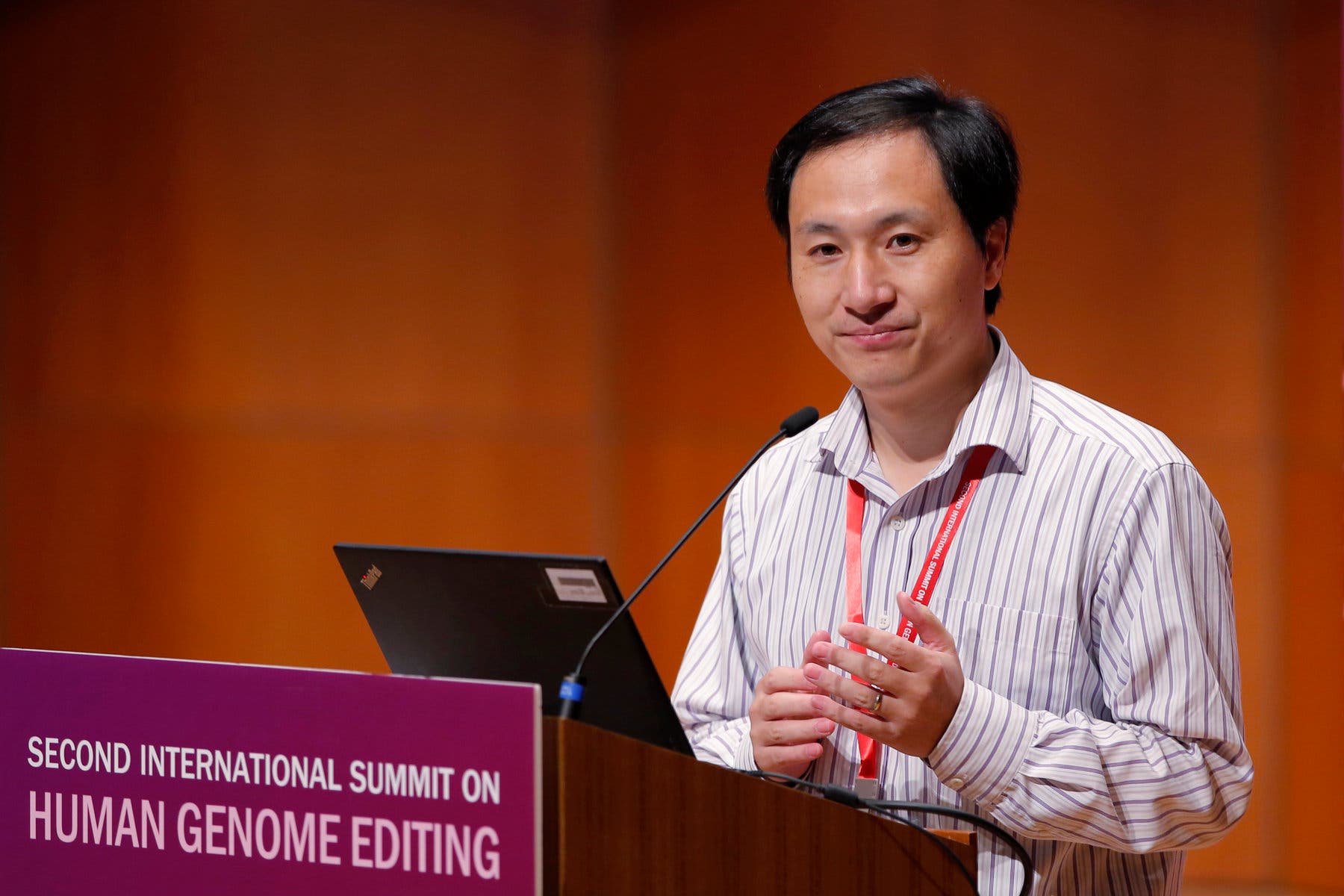 He Jiankui’s work was also carried out on a third infant, according to China’s state media, in a new disclosure that is likely to add to the global uproar over such experiments.

BEIJING — A court in China on Monday sentenced He Jiankui, the researcher who shocked the global scientific community when he claimed that he had created the world’s first genetically edited babies, to three years in prison for carrying out “illegal medical practices.”

In a surprise announcement from a trial that was closed to the public, the court in the southern city of Shenzhen found Dr. He guilty of forging approval documents from ethics review boards to recruit couples in which the man had H.I.V. and the woman did not, Xinhua, China’s official news agency, reported. Dr. He had said he was trying to prevent H.I.V. infections in newborns, but the state media on Monday said he deceived the subjects and the medical authorities alike.

Dr. He, 35, sent the scientific world into an uproar last year when he announced at a conference in Hong Kong that he had created the world’s first genetically edited babies — twin girls. On Monday, China’s state media said his work had resulted in a third genetically edited baby, who had been previously undisclosed.

Dr. He pleaded guilty and was also fined $430,000, according to Xinhua. In a brief trial, the court also handed down prison sentences to two other scientists who it said had “conspired” with him: Zhang Renli, who was sentenced to two years in prison, and Qin Jinzhou, who got a suspended sentence of one and a half years.

Dr. He’s declaration made him a pariah among scientists, cast a harsh light on China’s scientific ambitions and embroiled other scientists in the United States who were connected to Dr. He. Though Dr. He offered no proof and did not share any evidence or data that definitively proved he had done it, his colleagues had said it was possible that he had succeeded.

American scientists who knew of Dr. He’s plans came under scrutiny. Dr. He’s former academic adviser, Stephen Quake, a star Stanford bioengineer and inventor, was cleared of any wrongdoing after an investigation into his interaction with his former student. Rice University has been investigating Michael Deem, Dr. He’s Ph.D. adviser, because of allegations that he was actively involved in the project.

Dr. Quake has said he had nothing to do with Dr. He’s work. Mr. Deem has said he was present for parts of Dr. He’s research but his lawyers have denied that he was actively involved.

During the Hong Kong conference, Dr. He said he used in vitro fertilization to create human embryos that were resistant to H.I.V., the virus that causes AIDS. He said he did it by using the Crispr-Cas9 editing technique to deliberately disable a gene, known as CCR₅, that is used to make a protein H.I.V. needs to enter cells.

The international condemnation from the scientific community that followed Dr. He’s announcement came because many nations, including the United States, had banned such work, fearing it could be misused to create “designer babies” and alter everything from eye color to I.Q.

Although China lacks laws governing gene editing, the practice is opposed by many researchers there. Dr. He’s work prompted soul-searching among the country’s scientists, who wondered whether many of their peers had overlooked ethical issues in the pursuit of scientific achievement.

Many of them said it was long overdue for China to enact tough laws on gene editing. China’s vice minister of science and technology said last year that Dr. He’s scientific activities would be suspended, calling his conduct “shocking and unacceptable.” A group of 122 Chinese scientists called Dr. He’s actions “crazy” and his claims “a huge blow to the global reputation and development of Chinese science.”

“I think a jail sentence is the proper punishment for him,” said Wang Yuedan, a professor of immunology at Peking University. “It makes clear our stance on the gene editing of humans — that we are opposed to it.”

“This is a warning effect, signaling that there is a bottom line that cannot be broken.”

Despite the outcry, Dr. He was unrepentant. A day after he made his announcement on the genetically edited babies, he defended his actions, saying they were safe and ethical, and he was proud of what he had done.

Dr. He faced a maximum penalty of more than 10 years in prison if his work had resulted in death. In cases that have caused “serious damage to the health of the victims,” the punishment is three to 10 years in prison.

The court said the trial had to be closed to the public to guard the privacy of the people involved.

Dr. He’s whereabouts had been something of a mystery for the past year. After his announcement, he was placed under guard in a small university guesthouse in Shenzhen and he has made no statements since. But his conviction was a foregone conclusion after the government said its initial investigation had found that Dr. He had “seriously violated” state regulations.

After Dr. He’s announcement, Bai Hua, the head of Baihualin, an AIDS advocacy group that helped Dr. He recruit the couples, said that he regretted doing so and was deeply worried about the families. In a statement posted on his organization’s official WeChat account, Mr. Bai, who uses a pseudonym, said he felt “deceived.”

When reached by phone, Mr. Bai said he had no idea where the babies were now and declined to say whether he was assisting the government with its investigation.

One H.I.V.-infected man Dr. He’s team tried to recruit said he was not told of the ethical concerns about editing human embryos, according to Sanlian Weekly, a Chinese newsmagazine. The man said a researcher had told him that the probability of his having an unhealthy baby was low and that the team had achieved a high success rate in testing with animals.

The announcement captured the attention of many Chinese people who had not seen or heard from Dr. He in the past year. The hashtag “Sentencing in the Genetically Edited Babies Case” was trending on Weibo, China’s version of Twitter.

“He violated medical ethics, disrespected life and let three poor children bear the consequences, all for his fame and fortune,” one user wrote. “I think this punishment is too light.”