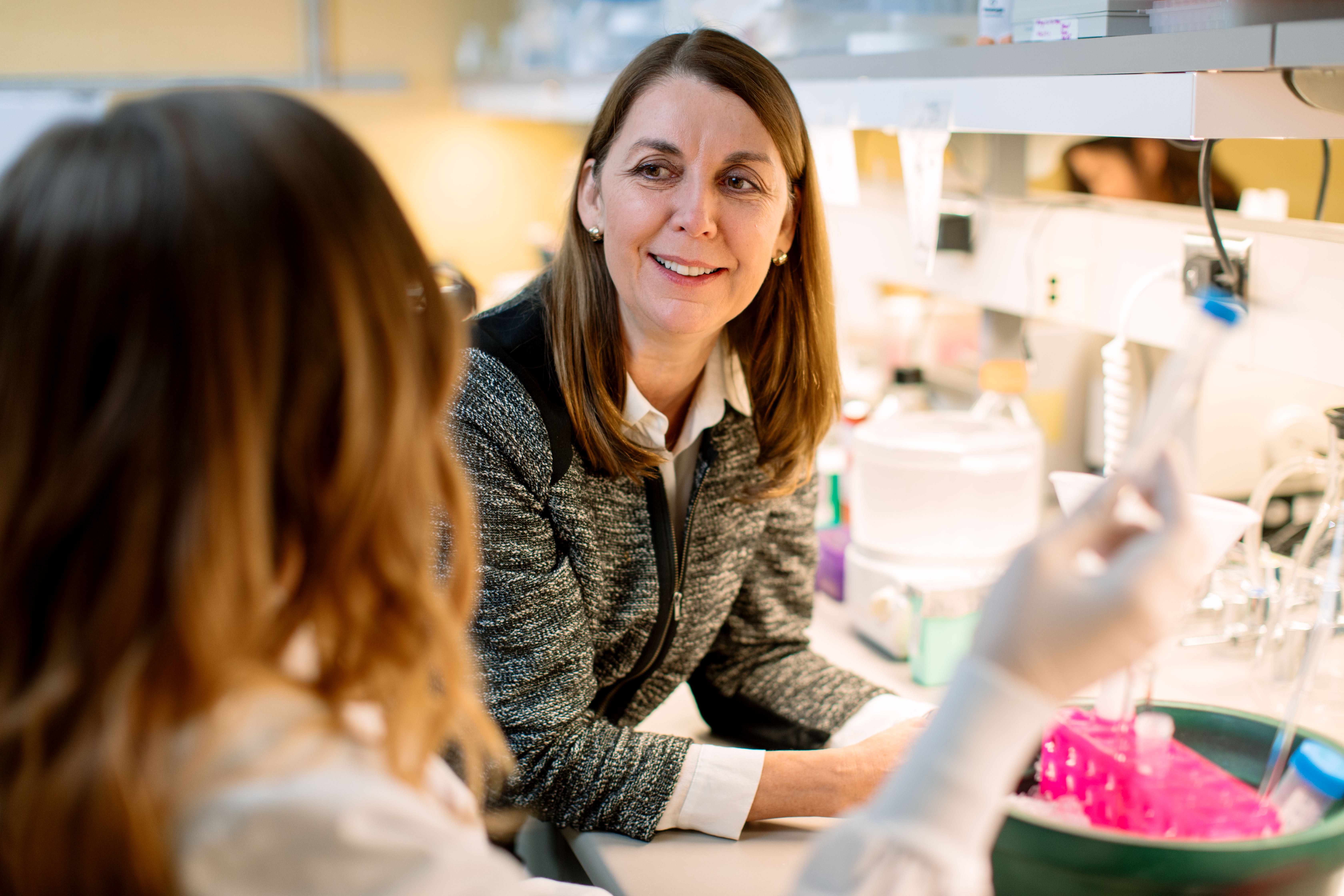 ROCHESTER, Minn. — A molecular switch has the ability to turn on a substance in animals that repairs neurological damage in disorders such as multiple sclerosis (MS), Mayo Clinic researchers discovered. The early research in animal models could advance an already approved Food and Drug Administration therapy and also could lead to new strategies for treating diseases of the central nervous system.

Research by Isobel Scarisbrick, Ph.D., published in the Journal of Neuroscience finds that by genetically switching off a receptor activated by blood proteins, named Protease Activated Receptor 1 (PAR1), the body switches on regeneration of myelin, a fatty substance that coats and protects nerves.

“Myelin regeneration holds tremendous potential to improve function. We showed when we block the PAR1 receptor, neurological healing is much better and happens more quickly. In many cases, the nervous system does have a good capacity for innate repair,” says Dr. Scarisbrick, principal investigator and senior author. “This sets the stage for development of new clinically relevant myelin regeneration strategies.”

Myelin, Thrombin and the Nervous System

Myelin acts like a wire insulator that protects electrical signals sent through the nervous system. Demyelination, or injury to the myelin, slows electrical signals between brain cells, resulting in loss of sensory and motor function. Sometimes the damage is permanent. Demyelination is found in disorders such as MS, Alzheimer’s disease, Huntington’s disease, schizophrenia and spinal cord injury.

Thrombin is a protein in blood that aids in healing. However, too much thrombin triggers the PAR1 receptor found on the surface of cells, and this blocks myelin production. Oligodendrocyte progenitor cells capable of myelin regeneration are often found at sites of myelin injury, including demyelinating injuries in multiple sclerosis.

“These oligodendroglia fail to differentiate into mature myelin regenerating cells for reasons that remain poorly understood,” says Dr. Scarisbrick. “Our research identifies PAR1 as a molecular switch of myelin regeneration. In this study, we demonstrate that blocking the function of the PAR1, also referred to as the thrombin receptor, promotes myelin regeneration in two unique experimental models of demyelinating disease.”

The research focused on two mouse models. One was an acute model of myelin injury and the other studied chronic demyelination, each modeling unique features of myelin loss present in MS, Alzheimer’s disease and other neurological disorders. Researchers genetically blocked PAR1 to block the action of excess thrombin.

The research not only discovered a new molecular switch that turns on myelin regeneration, but also discovered a new interaction between the PAR1 receptor and a very powerful growth system called brain derived neurotropic factor (BDNF). BDNF is like a fertilizer for brain cells that keeps them healthy, functioning and growing.

Significantly, the researchers found that a current Food and Drug Administration-approved drug that inhibits the PAR1 receptor also showed ability to improve myelin production in cells tested in the laboratory.

“It is important to say that we have not and are not advocating that patients take this inhibitor at this time,” says Dr. Scarisbrick. “We have not used the drug in animals yet, and it is not ready to put in patients for the purpose of myelin repair. Using cell culture systems, we are showing that this has the potential to improve myelin regeneration.”

Additional research is needed to verify and advance the findings toward clinical practice.

About Center for Regenerative Medicine