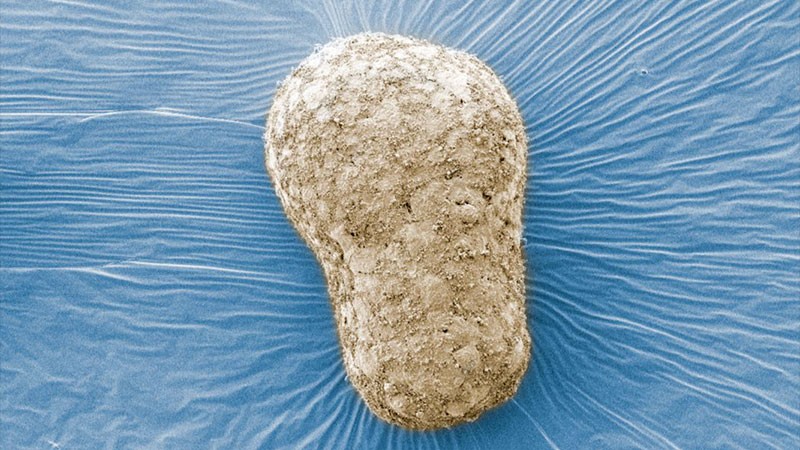 Artificial structures developed the rudimentary components of a heart and nervous system.

Scientists in Europe have created embryo-like structures that mimic a crucial yet enigmatic stage of human development.

The structures, created from stem cells and called gastruloids, are the first to form a 3D assembly that lays out how the body will take shape. The gastruloids developed rudimentary components of a heart and nervous system, but lacked the components to form a brain and other cell types that would make them capable of becoming a viable fetus.

Researchers are creating ever more sophisticated artificial structures to study embryo development in the lab. The latest method for making these structures, published in Nature today1, could shed light on the causes of pregnancy loss and early developmental disorders, such as congenital heart conditions and spina bifida.

The model could help scientists to understand the role of genetics and environmental factors in such disorders, says Fu Jianping, a bioengineer at the University of Michigan in Ann Arbor. “That is now on the horizon.”

The artificial structures make it possible to avoid ethical concerns about doing research on human embryos. But as the structures become more advanced and life-like, they, too, might push ethical boundaries, scientists say.

Human embryos take a momentous leap in their third week, when the largely homogeneous ball of cells starts to differentiate and develop specific characteristics of the body parts they will become, a process known as gastrulation. During this process, the embryo elongates and lays down a body plan with a head and tail, often called the head-to-tail axis.

But scientists have never seen this process in action. That is partly because many countries have regulations that stop embryos from being grown in the laboratory for research beyond 14 days after conception.

Over the past year, several research groups have cultured embryonic stem-cell structures that model when cells start to differentiate. The latest model, developed by Naomi Moris and Alfonso Martinez Arias, developmental biologists at the University of Cambridge, UK and their colleagues in the Netherlands, is the first to show what happens when the blueprint for the body’s development is laid out, around 18–21 days after conception.

“This important finding will help us to understand the critical mechanisms of human body planning,” says Li Tianqing, a developmental biologist at the Institute of Primate Translational Medicine in Yunnan, China, who also works on embryo-like structures.

Moris says the most thrilling result was the formation of pockets of cells that symmetrically straddle the head-to-tail axis. Genetic analysis showed that the cells were those that would eventually go on to form muscles in the trunk, vertebrae, heart and other organs.

Moris says the embryo model will help scientists to study how the pattern of cells emerges, and where it can go wrong. Many diseases are caused by errors in this process, including scoliosis, which causes curvature of the spine. “This is a new system that opens up a whole host of questions,” she says.

The team used its experience creating gastruloids from mouse embryonic stem cells over the past five years to develop structures using human cells.

It took the team two years to work out the right conditions, says Arias. Those include starting with a compact colony, of around 400 cells. A significant advance was working out that treating them with a chemical called Chiron accelerated their development. The researchers then separated the cells and put them into a well.

If everything is done properly, the cells develop into 3D structures on their own — and then spontaneously mimic the gastrulation process, says Moris, who has since made hundreds of the human gastruloids and says they work nearly 70% of the time. “It’s a really simple process, because the cells themselves do the hard work,” she says.

Although they display certain key features of a 21-day-old embryo, the gastruloids reach that stage after just 72 hours and survive for no longer than 4 days before collapsing in on themselves, says Moris.

Scientists will probably use the model to make structures that are even more realistic representations of early development, says Fu. In the next 5–10 years, they might be able to add cells that would go on to mimic the placenta. He also expects to see gastruloids with beating hearts. In the womb, an embryo’s heart starts beating at around 22 days. And although the structures have not yet developed the components for brain development, Arias thinks that blocking a certain molecular signal might enable a rudimentary organ to grow.

Such experiments will push ethical boundaries and raise questions about whether these structures could develop into viable fetuses. “We have to be careful that we don’t start generating human embryos,” Fu says.

Arias agrees that this would be a reckless goal. But could it be done? “Not in the short term,” he says.