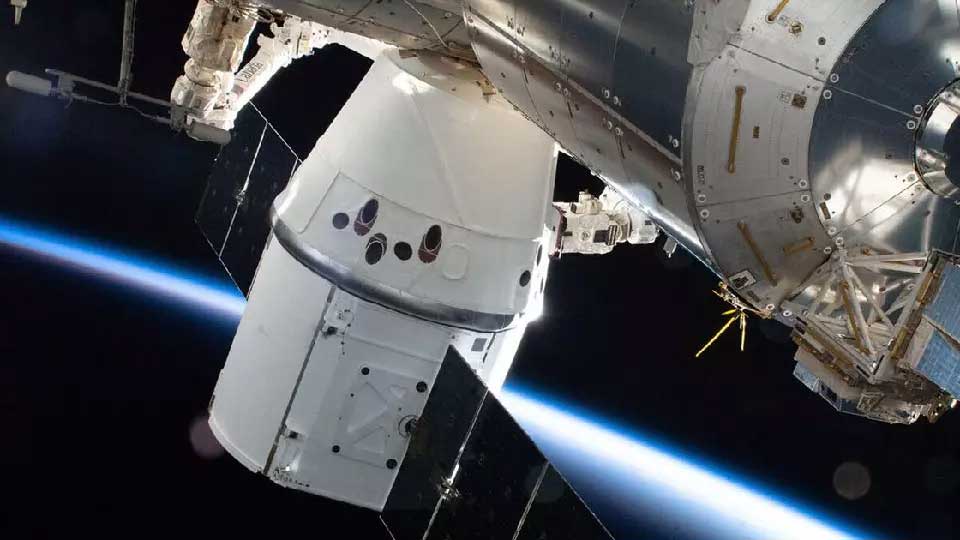 On December 7th, a Dragon spacecraft loaded with thousands of pounds of critical supplies and research docked with the International Space Station (ISS), paving the way for an incredibly busy Expedition 64 dedicated to executing science on the orbiting laboratory. SpaceX’s 21st commercial resupply services (CRS-21) mission to the ISS brought with it a variety of life science investigations sponsored by the U.S. National Laboratory that will be evaluated in the unique microgravity environment, intending to benefit patient care on Earth. Since Dragon’s arrival, the astronauts have been hard at work performing many of these investigations.

Tissue engineering and regenerative medicine are prominent areas of inquiry within the ISS National Lab pipeline, as conducting such research in the absence of gravity may help investigators gain a better understanding of disease and improve therapeutics. Additionally, results from research within these fields may lead to breakthroughs that bring value to our nation and drive a robust, sustainable, and scalable economy in low Earth orbit. In particular, NASA Astronaut Kate Rubins has been working on a variety of life science investigations within these disciplines—including multiple payloads that stem from research and programs she helped to execute during her initial stay on the ISS in 2016 as part of the Expedition 48 and 49 crew. Below are some of the research investigations presently in work sponsored by the ISS National Lab.

In 2016, a group of researchers from Stanford University launched an investigation examining the effects of microgravity on the function of heart cells. Rubins was one of the astronauts involved in that initial investigation. Based on results from that first experiment, the team from Stanford recently launched a tissue chip payload to further their knowledge of heart cells in space to develop treatments and therapeutics to combat heart disease on Earth. This research is funded as part of the Tissue Chips in Space initiative by the National Center for Advancing Translational Sciences, one of the centers under the National Institutes of Health.

The Genes in Space student research competition, founded by Boeing and miniPCR and supported by the ISS National Lab, invites students to propose pioneering DNA amplification experiments that utilize the unique environment of the ISS. Student researchers Finsam Samson and Yujie Wang were the winners of the 2019 Genes in Space competition, in which more than 750 proposals were submitted by young researchers looking to conduct genetics experiments on the space station. Samson and Wang’s experiment seeks to evaluate the cognitive changes reported by some astronauts during spaceflight by examining the expression of circadian genes, which regulate sleep and wakefulness, in space.

A team from leading global biopharma company Bristol Myers Squibbhave been observing the crystallization of monoclonal antibodies in microgravity. Monoclonal antibodies are lab-created proteins designed to interact with specific targets, called antigens, and are used in the treatment of several diseases. The study of how such proteins crystallize in space will augment the company’s ongoing research into protein stability that could inform future directions in drug development and manufacturing.

While many of the present research investigations sponsored by the ISS National Lab represent life sciences, NASA Astronaut Shannon Walker has been supporting the validation of a vest that may prove instrumental as NASA’s Artemis Program continues in its efforts to launch the first woman and next man to the moon. The AstroRad vest uses a selective shielding technology to protect organs that are most sensitive to radiation exposure, focusing on stem cell concentrations within the organs. By selectively shielding stem cells, the vest reduces stem cell mutation from radiation exposure and enables regeneration of damaged tissues. Knowledge gained from this project could not only further safety of astronauts in space, but also aid in the development of shielding technologies for use on Earth in patients receiving radiation treatments and workers in areas where there is a risk of radiation exposure.

To learn more about the ISS National Lab, and opportunities available to send research and technology development to our only orbiting laboratory, please visit www.issnationallab.org.

About the International Space Station (ISS) U.S. National Laboratory: In 2005, Congress designated the U.S. portion of the ISS as the nation’s newest national laboratory to optimize its use for improving quality of life on Earth, promoting collaboration among diverse users, and advancing science, technology, engineering, and mathematics (STEM) education. This unique laboratory environment is available for use by non-NASA U.S. government agencies, academic institutions, and the private sector. The ISS National Lab manages access to the permanent microgravity research environment, a powerful vantage point in low Earth orbit, and the extreme and varied conditions of space. The Center for the Advancement of Science in Space is the nonprofit responsible for management of the ISS National Lab.