The Dawn Of A New Era Of Regenerative Medicine: Tissue Engineering Comes Of Age

By: William A. Haseltine – Forbes.com  – link to Article

IMAGE CAPTION – 3D printed organ scaffolds by Wake Forest Institute for Regenerative Medicine is displayed as part of the ‘AI: More than Human’ exhibition at the Barbican Curve Gallery on May 15, 2019 in London, England. (Photo by Tristan Fewings/Getty Images for Barbican Centre))

The field of regenerative medicine reached a remarkable milestone recently when four women regained full sexual function after the successful implantation of lab-grown vaginas created from their own cells. The women, aged thirteen to eighteen, were born with a rare medical condition called Mayer-Rokitansky-Küster-Hauser syndrome (MRKHS) which left them with an abnormal or missing vagina. Each woman underwent a newly engineered procedure that involved taking samples of the patient’s own cells and growing them into tissue. This tissue was then placed on a scaffold that was hand-sewn with collagen-like fibers and uniquely shaped to fit each woman’s vaginal cavity. Once the organ fully matured, it was implanted into a canal in each woman’s pelvis, along with the hand-sewn scaffolding. Within six months, the biodegradable scaffolding dissolved and, in each of the four women, the lab-grown vaginas began functioning like native working organs.

This procedure is a major step forward in the field of regenerative medicine and signifies the importance of using a patient’s own cells to grow new organs in order to eliminate the need for organ donors and immunosuppressant drugs. Until now, treatments for MRKHS have only involved surgical reconstruction. Moving forward, these lab-grown vaginas may also have the ability to help women whose genitals are destroyed or disfigured due to trauma and injury.

To build these personalized vaginas, researchers take a small piece of vulvar tissue from each patient. Cells are grown in multiple dishes in a federally certified laboratory before being transferred onto a scaffold. Because vaginas are made up of two layers of specialized cells, the researchers then extract muscle cells and vaginal epithelial cells from each tissue sample to be strategically placed onto a customizable 3-D biodegradable scaffold. The researchers create these layers by placing one cell type on one face of a scaffold, made of a hand-sewn fabric like material, and placing the other cell type on the other face of the scaffold. The structure is set inside a bioreactor, an oven-like device suitable for human cell growth, until the organ is mature.

Once ready for transplant, doctors surgically construct a cavity in each patient’s body and stitch one side of the vaginal organ to the opening of the cavity and the other side to the uterus. Following implantation, nerves and blood vessels naturally form and the cells expand to develop new tissue. During this time, the original material is absorbed by the body and permanent connective tissue replaces the engineered scaffold. In total, the process of creating an organ ready for transplantation takes roughly five to six weeks.

For the next five to eight years, researchers enforced yearly check-up examinations of the organs using x-rays and biopsies to monitor their structure. This follow-up testing proved the lab-grown vaginas to be almost indistinguishable compared to that of a healthy, native organ and the scaffold fully developed into tri-layer vaginal tissue. All four women are now sexually active and report normal vaginal function. Two of these four women, who were born with a healthy uterus but a missing vagina, have also reported they are menstruating normally. While wishing to remain anonymous, one of the subjects states, “When I discovered that there was this possibility for me, I was very happy. It is important to let other girls that have the same problem know that it does not end knowing that you have the disease because there is a treatment and you can have a normal life.” 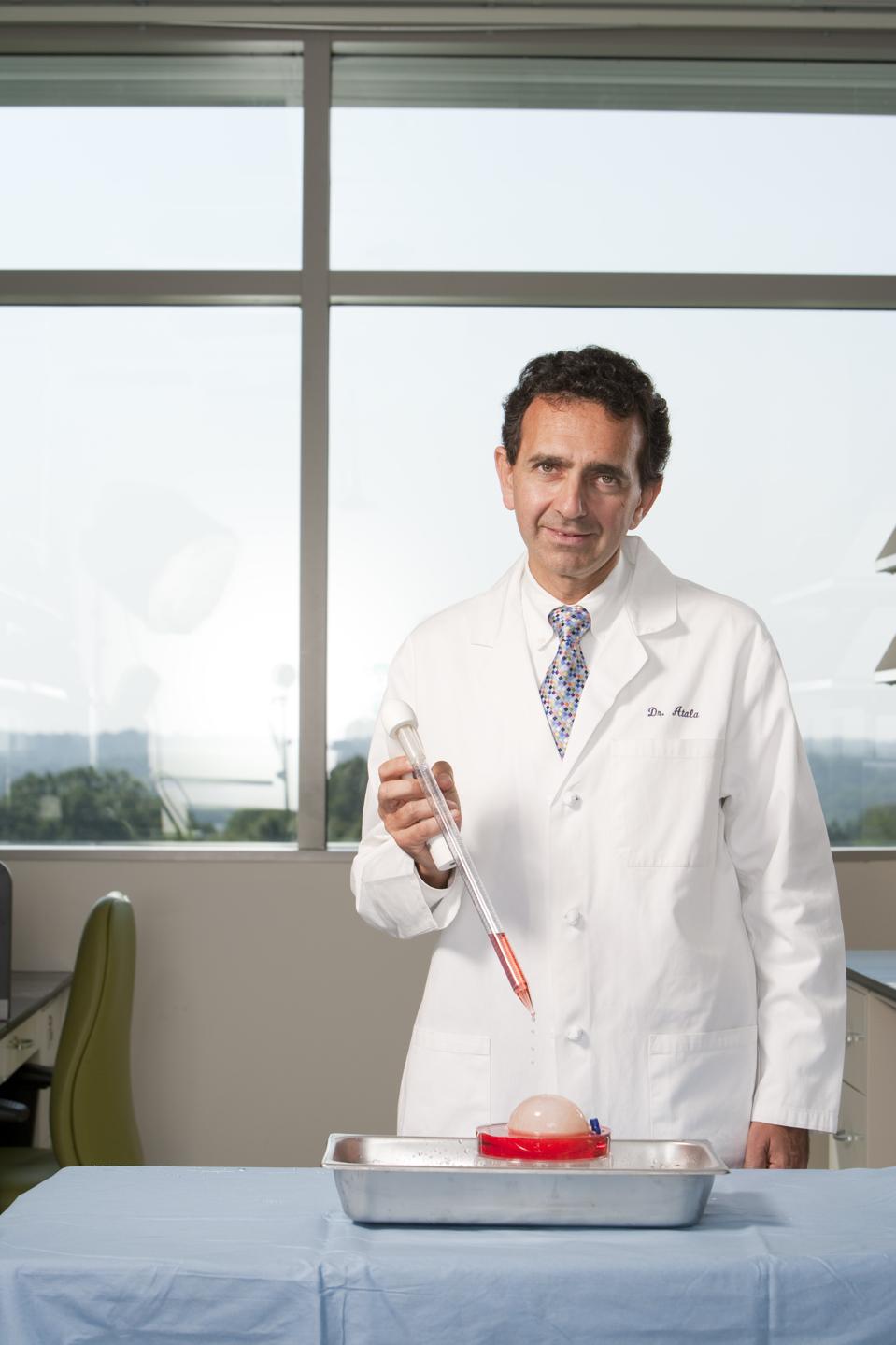 WINSTON-SALEM, NC – 2006: Tissue engineer Anthony Atala of Wake Forest University created a biodegradable bladder-shaped scaffold with cells from the patient’s own bladder and then transplanted the new bladder into the patient. (Photo by John B. Carnett/Bonnier Corporation via Getty Images)

Leading this innovative procedure was Dr. Anthony Atala, M.D. with whom I co-founded the Society for Regenerative Medicine and the Journal for Regenerative Medicine in the year 2000. Our hope was to catalyze the rapid development of a new specialty to be pursued at new universities and research centers around the world. Over the years, we carried out a series of annual seminars discussing the importance of regenerative medicine which includes cell therapy, protein therapeutics, tissue engineering, and biomechanical prosthetics among many others.

When I first coined the term regenerative medicine at a conference in Lake Como, Italy in 1999, I explained its promise: to restore the body to normal, whether injured by trauma, damaged by disease, or worn by time. Regenerative medicine, however, is not limited to the use of stem cells. The original definition includes all interventions that restore the body to normal function. It was and is my belief that the desire people have for medicine lies in the restoration to a normal state of health regardless of the mode of intervention. Tissue engineering, as shown here, is proving to be one of the most exciting new developments in this field.

Throughout the intervening years, progress has been slower than we originally anticipated. The world of tissue engineering experienced a major setback in 2011 and 2012 when researchers of the Karolinska Institute of Sweden claimed they successfully transplanted synthetic tracheas in three patients, prepared using each individual’s bone marrow tissue. The first of them died within thirty months following the procedure, the second patient within four months, and the third after experiencing major complications from the procedure and undergoing treatment for nearly five years. This well publicized failure was a serious setback for the field and led to an increase in doubt regarding the readiness of these new techniques. It is in that context that Dr. Atala’s work at the Wake Forest Institute for Regenerative Medicine can be seen as a major step forward.

After his successful implantation of the first lab-grown organ, a bladder, to be instilled in humans, Dr. Atala gathered a team of over four hundred employees who are now recognized as international leaders in translating scientific discoveries into clinical therapies. The Wake Forest Institute for Regenerative Medicine is currently working on and has had success with the replacement of four categories of tissues and organs– flat structures, tubular tissues, hollow organs and solid organs – and fifteen different applications of cell/tissue therapy technologies that have been used in human patients such as skin, urethras, cartilage, bladders, muscle, kidney, and vaginal organs. This, along with other recent advances, serves as evidence that tissue regeneration and transplantation is successfully progressing thanks to the perseverance and diligence of researchers.

Bentley Higby, a summer intern at the foundation I chair, ACCESS Health International, recently received a guided tour through the Wake Forest Institute for Regenerative Medicine’s facility located in the heart of Winston-Salem, North Carolina. She was able to witness, first-hand, an evolution of new treatments being worked on in the laboratory. The Wake Forest Institute for Regenerative Medicine’s infrastructure is cutting edge due to an in-house clinical manufacturing center approved by the FDA that speeds up discoveries to be expedited from the bench to the bedside. Included in the tour was a hands-on approach to printing mini-organs for drug testing. Bentley also had the opportunity to view various scaffolds such as an ear and different body-on-a-chips which are slides on which a miniature organ of choice is printed to use for drug testing. 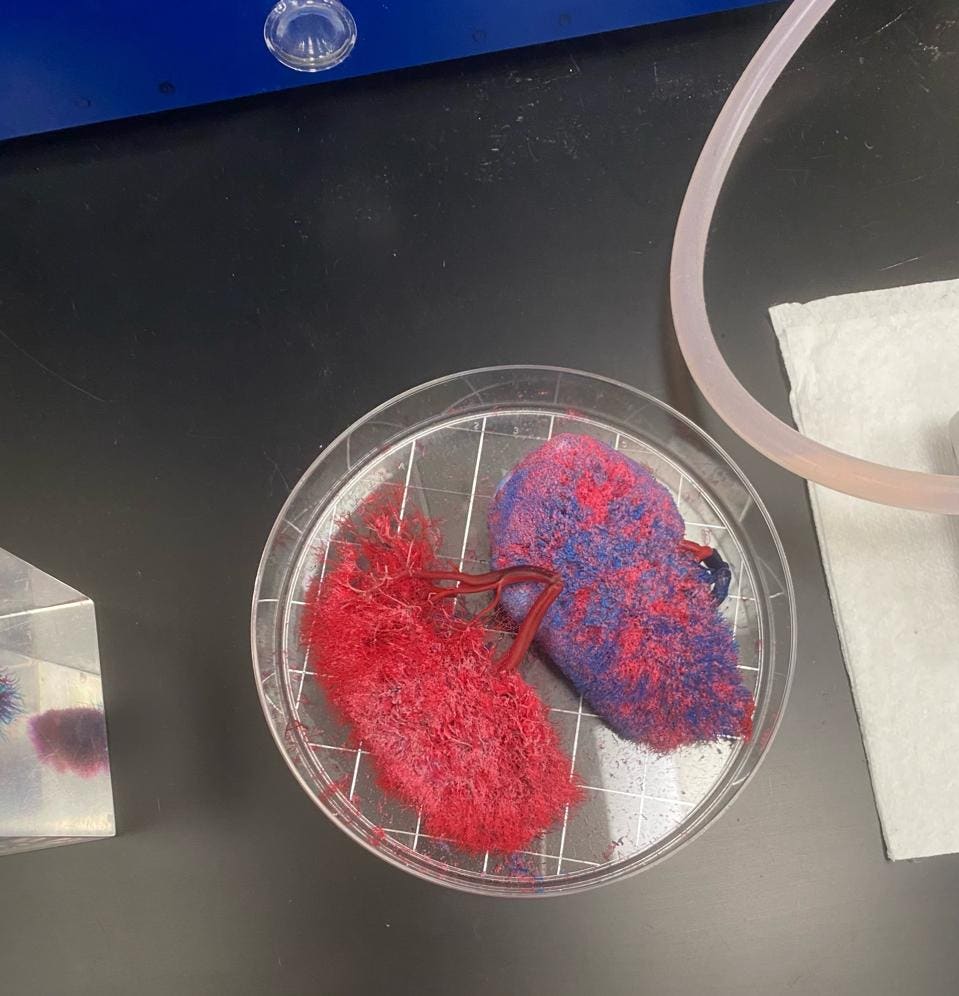 When asked where he sees regenerative medicine progressing in the next ten years, Dr. Atala said he was confident there will be a continued transition in technologies from the bench to the bedside as well as more advanced technology that reaches patients. In speaking about his greatest achievements in the laboratory, he summed up his work by adding, “The main thing is to try to make patients better and at the end of the day if we can improve patients’ lives through regenerative medicine technologies, that’s a good day for us.” He also noted an important step for the public is to inform themselves about the processes behind regenerative medicine and keep up to date with recent discoveries. Without the help of the public, there will be no one to fund these medical discoveries nor hold open and honest conversations about the limits of the ethical.

It is clear from this published work along with Bentley Higby’s tour of the Wake Forest Institute for Regenerative Medicine that we are at the dawn of a new era of medicine — one where we will be able to regrow complex organs. It is still difficult to project how long this will take but hope is clearly on the horizon. In a closing statement, Dr. Atala said that to realize this dream will take patience. He concluded, “Please temper the concept of regenerative medicine with the reality that these technologies do require time in terms of their development. It is important to educate yourselves about the technologies but also to be patient with them as they move forward.”