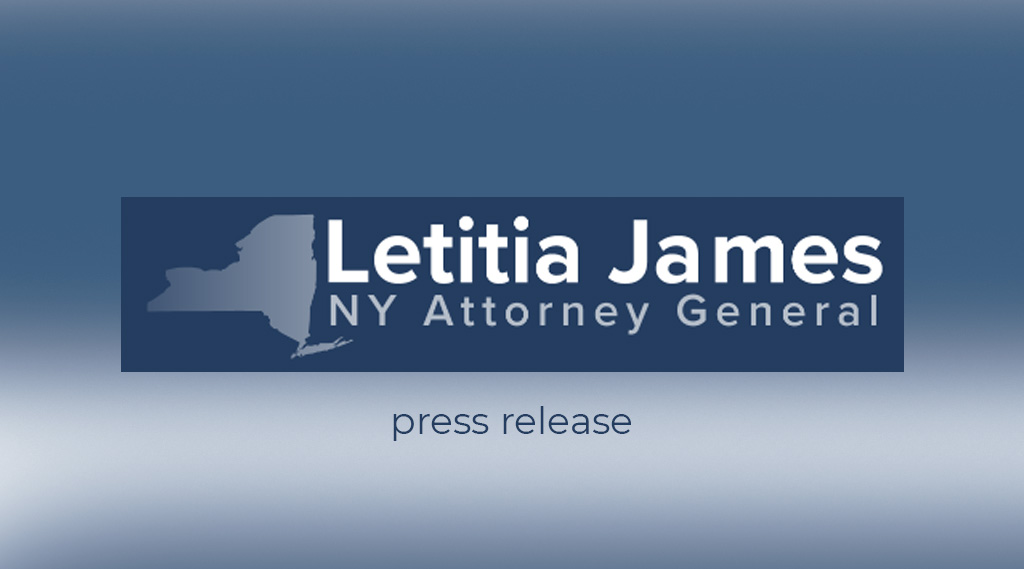 “Misleading New Yorkers who are seeking treatment for serious and potentially life-threatening medical conditions is unlawful and an affront to our societal values,” said Attorney General James. “Consumers place a great deal of trust in health care professionals and should receive accurate information when undergoing medical treatments, but Park Avenue Stem Cell and its managing doctor violated that trust in an effort to line their pockets at the expense of patients’ health. Today’s order makes clear that these deceptive practices will not be tolerated and that bad actors will be held accountable to the fullest extent of the law. My office remains committed to protecting the welfare of all New Yorkers, and we will continue to do everything in our power to end this type of fraud.”

The defendants advertised widely, on their website and on social media, as well as in foreign language newspapers and in television commercials, that they could treat a variety of serious medical conditions using patients’ own stem cells. The medical conditions that were advertised to be treated with stem cells included urological diseases; erectile dysfunction; cardiac/pulmonary disease; neurological diseases, such as Parkinson’s disease and amyotrophic lateral sclerosis (ALS); various autoimmune diseases, such as lupus; and orthopedic conditions.

The defendants also claimed, on their website, that stem cells “represent a medical breakthrough in the treatment of many chronic medical conditions;” that there was a “great deal of excitement” about using stem cells to “treat currently incurable diseases,” such as those of the nervous system; and that their stem cell treatments could “treat the entire body not just the injured part.” In ads placed in Asian and Russian language newspapers, they represented stem cells as “magical” or “miraculous” cells that could help diabetes patients avoid amputation and even help people suffering from rheumatoid arthritis to “throw away crutches and get younger.” However, there is currently no adequate scientific substantiation that stem cells can effectively treat any of these conditions. Despite this, the defendants charged consumers nearly $4,000 per procedure, with several consumers paying over $20,000 for multiple procedures. Most of the procedures involved adipose stem cells, which are derived from a patient’s own fat tissues.

As outlined in Attorney General James’ 2019 lawsuit, the defendants misrepresented that their procedures were approved by the U.S. Food and Drug Administration (FDA), that their patients were participating in an established research study, and that their procedures had been endorsed by several scientific and medical organizations. They also promoted treatments using testimonials from well-known individuals like Curtis Sliwa, NFL player Darrel Reid, and even Dr. Singer’s wife, without disclosing that they did not pay for these treatments and that Dr. Singer’s wife had a financial relationship with the clinic.

Earlier today, the court entered a previously issued order by Judge Andrew Borrok of the New York County Supreme Court, Commercial Division that permanently enjoined Park Avenue Stem Cell Clinic and Dr. Singer from engaging in fraudulent, deceptive, and illegal marketing of their stem cell treatments. In particular, the court enjoined the defendants from representing that their treatments can treat, cure, or mitigate any medical condition until competent and reliable scientific evidence to support the safety and efficacy of such treatments exists, as well as enjoined the defendants from falsely representing that their treatments have FDA approval or that their patients are participating in a study approved by the FDA. The court further enjoined them from representing or implying that they are endorsed by any medical or scientific society or organization and from using misleading patient testimonials.

Finally, the court ordered the defendants to pay $5.1 million in potential consumer restitution, penalties, and costs.

For more information on important factors to consider when evaluating stem cell therapies, New Yorkers should visit the FDA’s website.