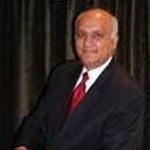 Mr. Merchant is the Chairman of his family’s projects and equities fund, a position he has successfully served in for thirty years. The Merchant family enterprise is a fourth- generation global operation that invests its own and syndicated capital with offices and business interests throughout the United States and Internationally. Many of these companies are operated by the family group members after development, investment or acquisition of the business operations. Through family management and internal capital resources, many of these companies have expanded operations to multiple global regions and throughout the United States.  The key sectors of activity include healthcare projects such as biotech, MedTech, medical devices, nano technology, cell and gene therapy, artificial intelligence, as well as traditional healthcare facilities and state of the art GMP medical labs.  Real estate related projects include private as well as public/private development of urban mixed-use real estate for hotels, restaurants, transportation hubs and retail space. Equity investments also include investments in agriculture, manufacturing, technology, Free Trade zones, Opportunity zones and Tax-free zones. Mr. Merchant has developed a selective network and partnered in complex business transactions with High Net Worth Individuals/ Family offices, Private Equity Funds, Fortune 500 companies, traditional hedge funds, alternative investment groups, strategic investors and businesses local to regions throughout the world. He has been instrumental in the growth of major franchise brands in multiple regions of the world through creative debt and equity capital structures.

As an active resident of Atlanta since 1981, Mr. Merchant served on the Atlanta Regional Commission Board for seven years starting and was a stakeholder member of Atlanta Vision 20/20 commencing in 1990. This expanded his knowledge of addressing and solving problems of governments and municipalities. Mr. Merchant, recognized for his effectiveness in Atlanta, thereafter, went on to serve for six years on President George W. Bush’s Advisory Board for Economic Development and the Small Business Sub-committee. Mr. Merchant has interacted with governments throughout the world at the highest levels and is a well-respected global businessman.

Mr. Merchant’s business interests include the development of technologies which can make a positive impact on people’s lives.  He is a co-founder and Chairman of the Board of a preclinical biotech company BioCurity Pharmaceuticals Inc., located in Jupiter, FL. He guided the company through the process of licensing proprietary technology from the University of Central Florida Office of Research and Commercialization. He also assembled the team for capital raises, patent portfolio development and essential steps for early stage biotech companies to drive toward clinical trials. Mr. Merchant is also a co-founder of MerchantCass Advisors LLC, a boutique business advisory group which can perform interim operations support and investment banking expertise for growth companies. Mr. Merchant is well informed on the JOBS Act and capital distribution in the RIA and Broker-Dealer community. Mr. Merchant intends to expand his work with early stage companies by leading quality driven investment opportunities for the retail investor marketplace. He believes it is important to allow access to investment opportunities that to-date have been limited to other family offices, strategic investors, hedge funds and private equity funds. Making a commitment to economic growth for all is an impact investing commitment whose time has come.

Mr. Merchant operates daily and long-term strategic plans for businesses with a strong sense of organizational checks and balances for all corporate governance. His operational methods result in efficient and effective management to the companies he owns and advises. Coming from an international background both personally and through business, Mr. Merchant is also fluent in multiple languages. Through his extensive execution and management of global transactions and businesses, Mr. Merchant has an in-depth knowledge of business practices globally, providing Mr. Merchant the capacity, network, experience and knowledge to source and execute on business opportunities throughout the world.

In July 2019, Mr. Merchant was unanimously elected to serve as Chairman of the Board of Directors to the Regenerative Medicine Foundation. In addition to this position he continues to serve as the financial team leader of the World Stem Cell Summit, one of the largest international conferences of its kind.

Mr. Merchant has been a United States Citizen since 1986. He is currently a resident of South Florida and often travels to his office headquarters in Atlanta.  In his academic achievements, he obtained his B. Sc and BBA prior to attending Georgia State University. Mr. Merchant’s graduate level academic interests included but was not limited to, physics, math, economics and business with an emphasis on accounting and information systems technology while attending Georgia State University. Mr. Merchant is described by those who know him as humble yet proud, resolute yet ethical, logical, practical and rational yet spiritual. Mr. Merchant is grateful for his ability to give back philanthropically in multiple regions of the world, where he is known and respected in the communities of all whose lives he has touched.